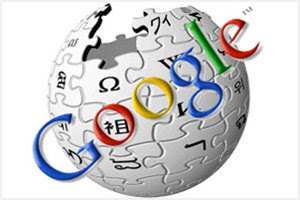 Posted by Andy
I'm not entirely sure how much Knol brings to the Wiki party, but it does appear to offer some potential as a useful knowledge resource. Just to digress for a second, referring to the idea of a Wiki party, it led me to quickly search to see if there has been one ever, well people have Eurovision and Big Brother parties. Sadly there is limited evidence of a Wikipedia party, but there is a useful article on Knol and its challenge to the Wikipedia crown, which you can read here.

The big difference between Wikipedia and Knol, apart from Knol's limited content at this moment, is the issue of authorship. One of the obvious failings of Wikipedia has been that we've not always been able to trust what we read. The classic example was that of the infamous Wikipedia Wars where content was changed back and forth based on several points of view.

Knol, backed by the mighty Google (well don't they own everything on the Internet?) intends to provide information on any known topic (of thereabouts) and provide the options of feedback. Knol promises not to comment on people's contributions, and will in theory leave the resource to grow organically. They state that; "We are deeply convinced that authorship -- knowing who wrote what -- helps readers trust the content,” commented Cedric DuPont, product manager for Knol, in a Reuters report.

Personally, it may not have the brains of The Encyclopaedia Britannica or the content of Wikipedia but it could be a great tool for organisations wishing to create how to's or FAQs and not bothered with the whole wiki thing. As for a Wikipedia party, I think it would look like this.